Cybertrace is issuing an urgent scam alert for a rapidly growing and worrying phenomenon: used vehicle or car sale scams. Fraudsters use popular and legitimate sites such as Facebook Marketplace, Gumtree, CarSales or AutoTrader to make contact with potential victims. There, they impersonate defence force personnel in order to deceive their victims. Posing as genuine sellers of second-hand vehicles, they post fake online listings of in-demand cars at well below market value. Having thus lured potential buyers, they request payments to secure the vehicle but never actually deliver the car. Also known as used vehicle scams, car sale scams will likely cost Australians more than $1 million this year!

How much are Australians losing to car sale scams?

According to a recent Australian Competition and Consumer Commission (ACCC) report, car sale scams are definitely on the rise. In 2020, they were one of the fastest-growing scam categories, with a massive 220% increase in reports and a 322% increase in reported losses! These figures represent the third-most reported online shopping scam and the second highest in terms of financial losses.  Used vehicle scams cover cars, caravans, campervans and, in cons targeting farmers in particular, heavy machinery. In total, losses in 2020 topped $1 million, and the average reported loss per victim was $6,637. 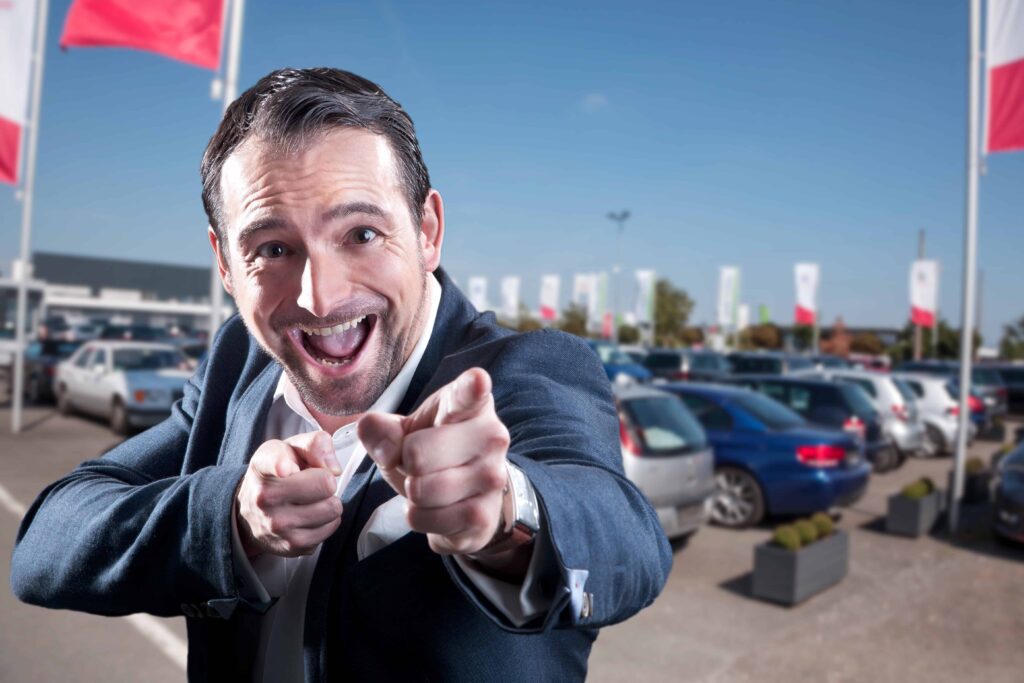 Unfortunately, it seems that 2021 might be off to an even worse start! The ACCC recently announced that, by March 2021, Australians had already reported $288,000 in losses to car sale scams. This is more than all losses in that category reported to ACCC’s ScamWatch website for the whole of 2019! It puts us well on track for another record annual loss north of $1 million.

How do car sale scams work?

The recent experience of a Cybertrace client provides a textbook case study of how used vehicle scams work.

After browsing different online platforms for used cars, Dave (*not his real name) thought he had found a bargain. The Toyota Hilux he saw on Facebook Marketplace looked in great condition. Despite its low mileage, it was significantly cheaper than similar utes he had seen. When he contacted the seller via the email address provided, he told him he lived interstate in Tasmania. Furthermore, he claimed to work for the defence force and was selling the car quickly due to an upcoming deployment. Because of that, Dave wouldn’t be able to inspect the car in person. However, the seller offered to have it shipped it to him with a Royal Australian Airforce (RAAF) transporter. Additionally, he suggested using eBay Motors as an escrow to hold and secure the money during the entire transaction. Reading their fraud protection policy, Dave felt on safe ground and agreed to buy the Hilux. 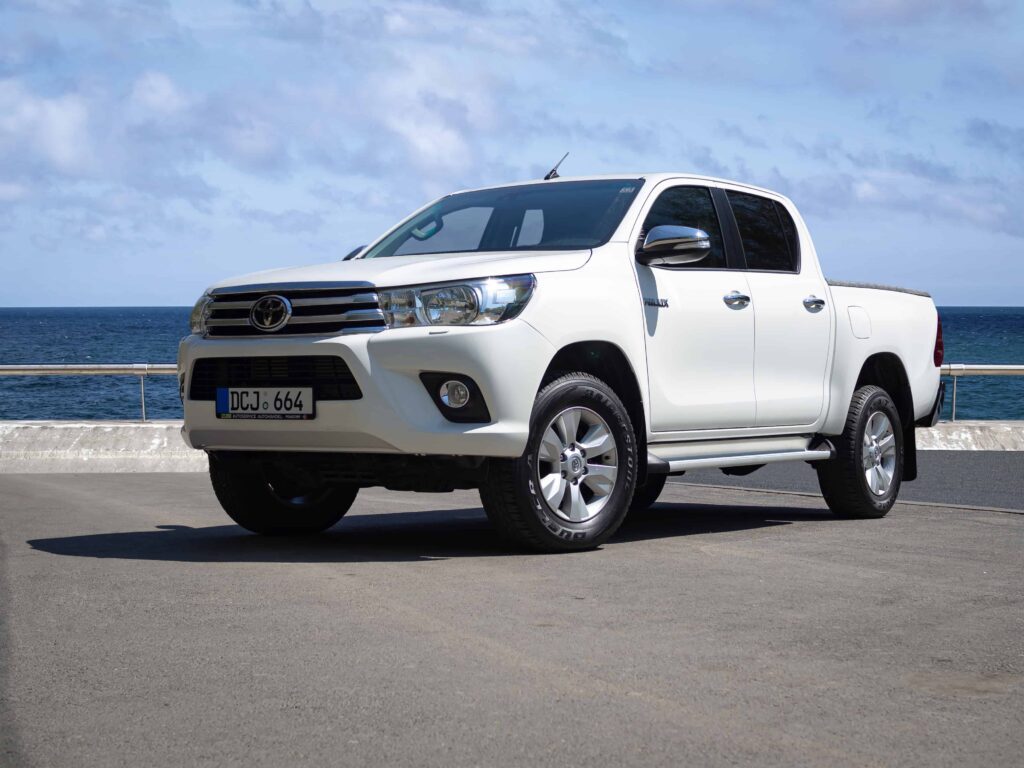 The seller gave him bank account details and an eBay ID, an agent’s name and a customer support number. What Dave didn’t know that these were all fake – eBay Motors was not in any way involved. Dave transferred the funds and waited excitedly for his prized ute to arrive. When the nominated delivery date passed without result, Dave contacted the seller who told him there were some delays. After another few days without results, Dave started to become worried. He emailed and called the seller, but his emails now went unanswered, and the number listed was disconnected. Next, he tried the alleged customer support number but either couldn’t get through or got hung up on. Realising that he had been scammed, Dave contacted his bank and the police. Because the scammers had already moved his funds to another account, neither were able to help him recover his money.

When Dave finally contacted Cybertrace, our experienced analysts were able to track and identify several persons of interest. Dave was then able to take this valuable information to his lawyer and the police. But, as importantly, what were the common tactics that car sale scammers usually employ?

The fraudsters place fake ads on a site thousands of Australian access daily to buy and sell used goods. The presumed security and legitimacy of familiar sites such as Gumtree or Facebook Marketplace means buyers might be more unsuspecting. The same is true for specialist used-car websites such as CarSales or AutoTrader. On the hunt for a bargain, online shoppers are susceptible to offers that seem too good to be true. 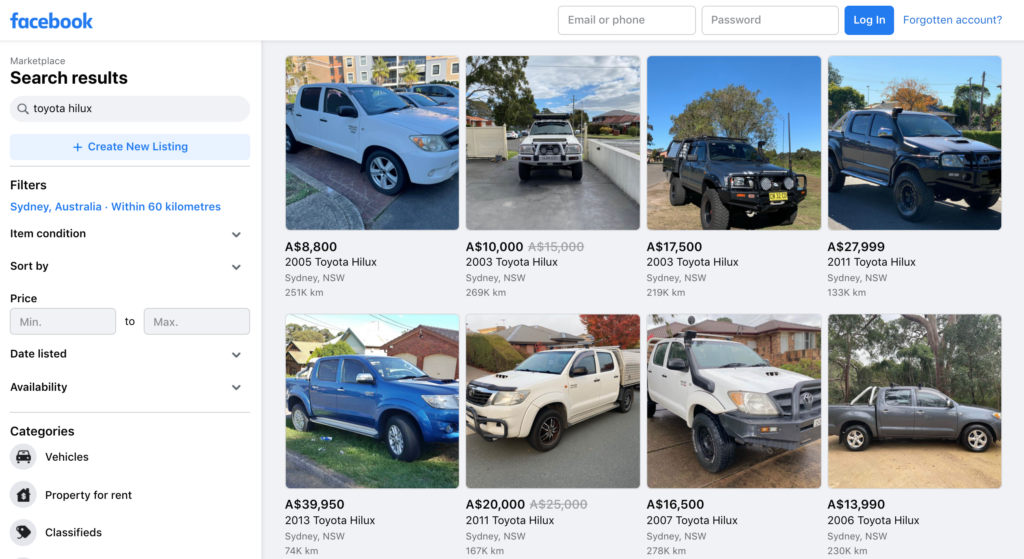 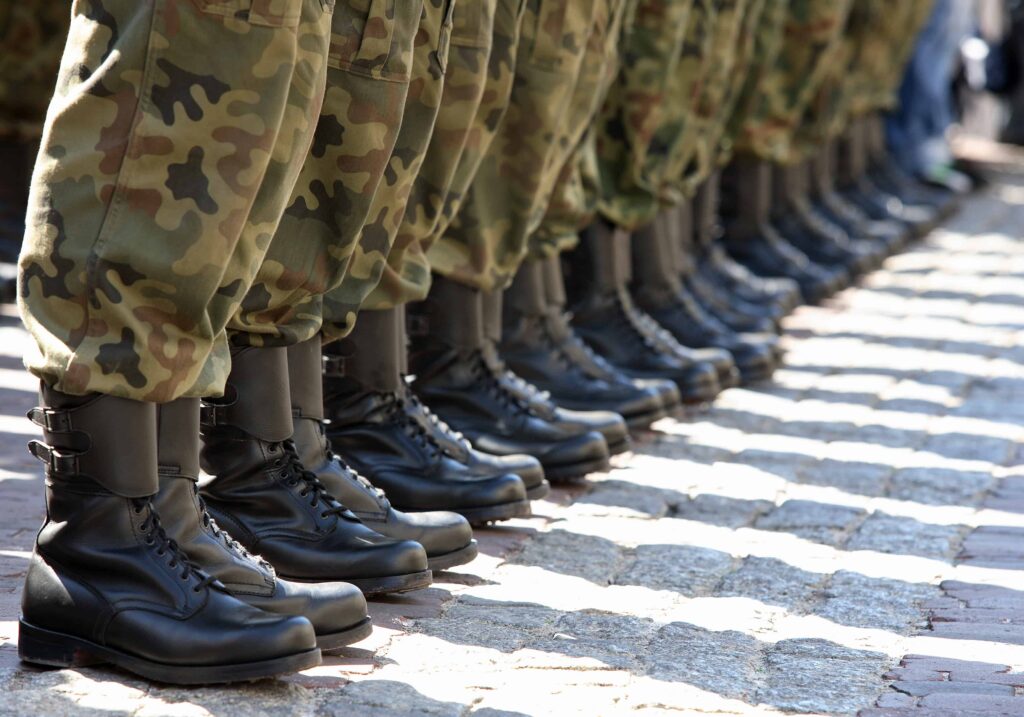 Exploiting the trust many Australians have in uniforms, 97 per cent of reported car sale scammers in 2021 so far pretend to work for the defence force. They state that they live in a remote, hard-to-reach location, typically in the Northern Territory, South Australia or Tasmania. In addition, they usually claim that they face an unforeseen deployment and need to sell their car quickly. This handily both explains the urgency of the sale and makes a pre-purchase inspection impossible. Some scammers even go so far as to provide fake military documentation or a false-but-real-looking email address, such as @royalairforce-gov.com.

To mitigate against suspicion, car sale scammers will offer free military transportation of the vehicle to the buyer’s location. In addition, they will suggest an escrow service, such as eBay Motors or similar, to facilitate payment. Created as transaction safeguards, escrow services are third parties that hold the money until everybody has fulfilled their obligations. While generally a useful service, in car sale scams the escrows are fake and actually become part of the con. Victims believe they are on safe terrain but, instead of a third party, they send their money straight to the scammers! 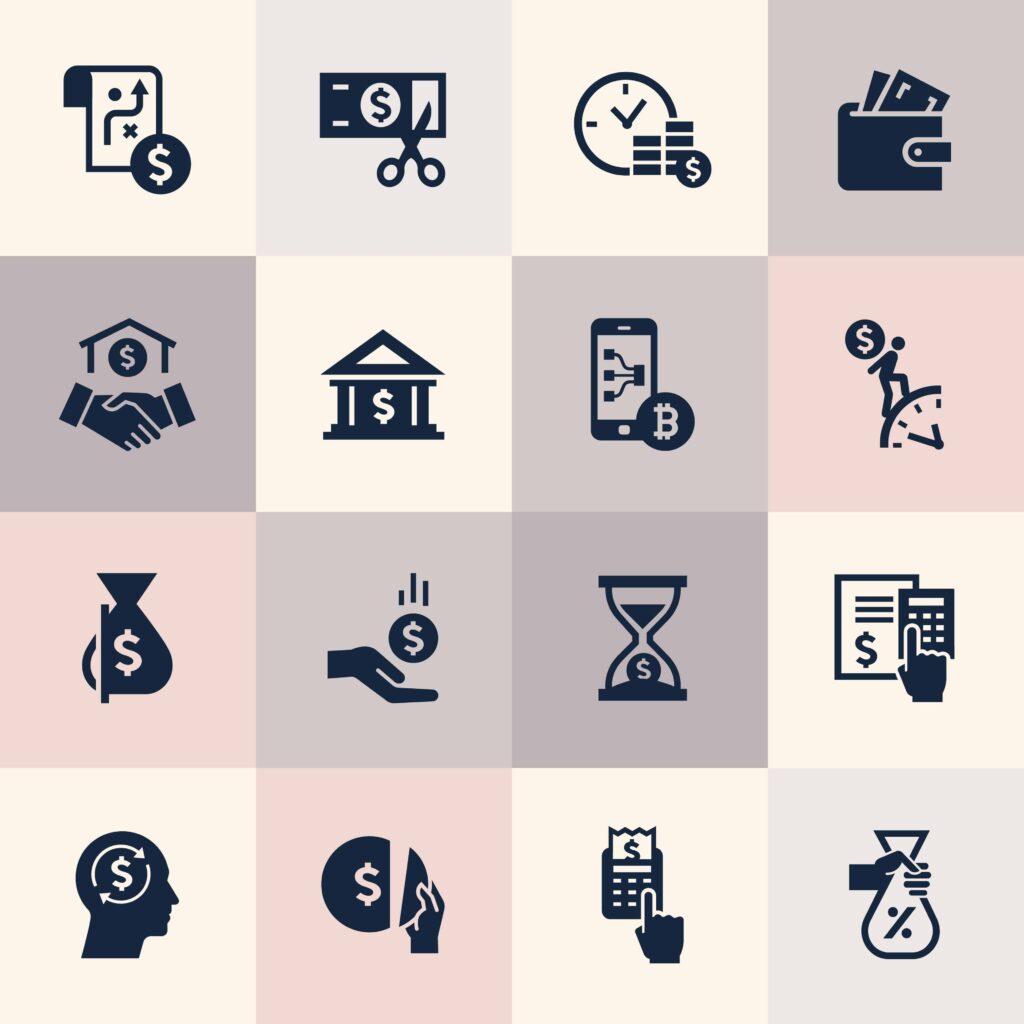 How can I protect myself from car sale scams?

Thankfully, there are a number of things we all can do to protect ourselves from car sale scams. While good articles on sites such as Car Advice and Cars’ Guide provide further reading, here are Cybertrace’s tips:

Firstly, heed the old adage: if something sounds too good to be true, it probably is! Find other cars of a similar age, mileage and condition, and compare prices. If a seller offers it at a significantly lower price without good reason, ask yourself (and the seller!) why. It might be wise to pass on this one. Next, make sure you do your due diligence and verify the vehicle’s registration details with the relevant state authority. Also, make sure you also check it against the Australian Government’s Personal Property Securities Register (PPSR). For a $2 fee, you will know if someone ever stole, wrote off or has finance owing on the car!

Importantly, never attempt to buy a car without inspecting it first. Genuine sellers will let you check out the car for yourself, with a friend or by a mechanic. Additionally, beware of unusual payment arrangements and independently verify how any escrow services work. For example, eBay Motors explains on its Security Center website that it only offers a guarantee if the entire sale and transaction takes place on its site. Finally, don’t let a uniform sway you – keep your critical thinking skills switched on, be diligent and ask questions! 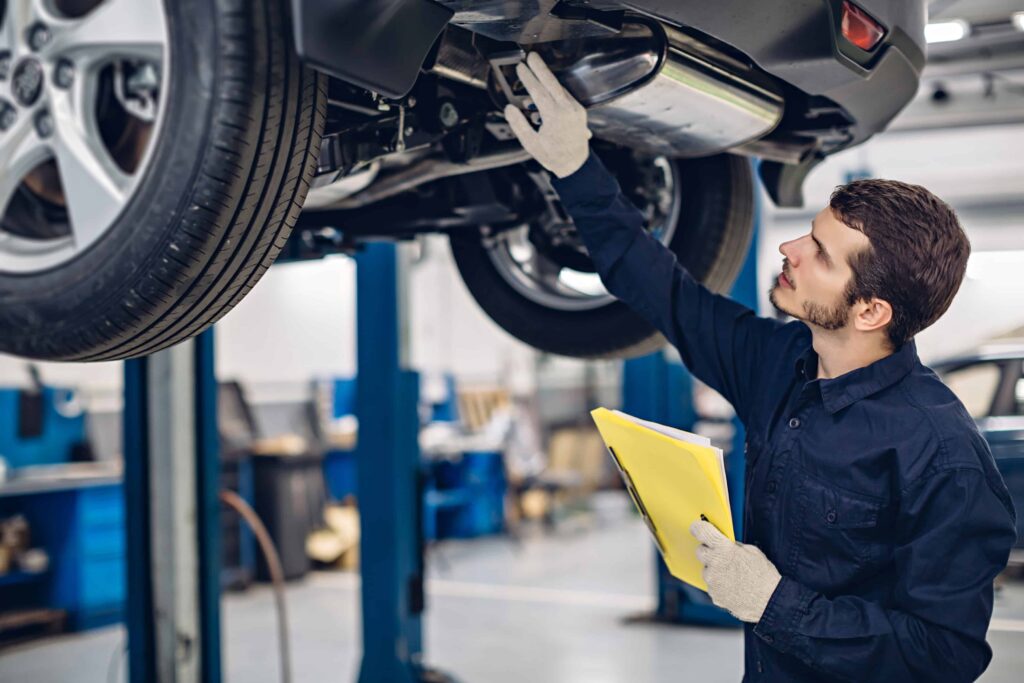 What if I have already fallen victim to a car sale scam?

Don’t worry – we’ve got you! If you have already lost money to a used vehicle scam, contact us today to talk with our expert analysts to see how we can help you.

While it is important to protect yourself and your business from cyber fraud year-round, tax-time scams pose a particular danger. This is because the end

Beware of the XchangeBTC.online scammers! Cybertrace is issuing an urgent alert about another cryptocurrency scam that is duping honest Australians out of thousands of dollars.

Most of us probably only know private investigators from the movies. Dudes in leather jackets hanging around in cars, scribbling on notepads, taking photos with

NFTs, or non-fungible tokens, have been all over the news in recent months. Whether it’s celebrities endorsing pictures of cartoon apes, California teenagers being arrested