Across the globe, police are struggling with a deluge of cyber fraud investigations, leaving victims feeling frustrated and powerless. A recent press release by the FBI outlines the rapidly accelerating growth of this problem amidst “record increases” in reporting. Whilst it took the FBI’s Internet Crime Complaint Centre (IC3) nearly seven years to log its first million complaints, the most recent million took only 14 months. What’s more, the IC3 witnessed a whopping 70% increase in complaints between 2019 and 2020 alone! Cyber fraud victims lost the most money to business email scams, romance scams, investment fraud and crypto fraud. With the Covid-induced increase in remote working, shopping and dating, 2021 will likely be another record fraud report year globally.

Is cyber fraud a problem in Australia?

Unfortunately, the situation is not much different in Australia. In its 2019-20 Annual Cyber Threat Report, the Australian Cyber Security Centre (ACSC) called cybercrime “one of the most pervasive threats facing Australia, and the most significant threat in terms of overall volume and impact to individuals and businesses”. In 2019-20, there were almost 60,000 cybercrime reports to the government’s official ReportCyber website. This equals about 164 reports per day or one report every ten minutes! With almost 40% of cases, the most common cybercrime category was fraud. This includes investment fraud, crypto fraud, shopping scams and romance scams. Next up were identity-related crimes (32%) as well as cyber abuse (22%), including online harassment and cyberstalking. 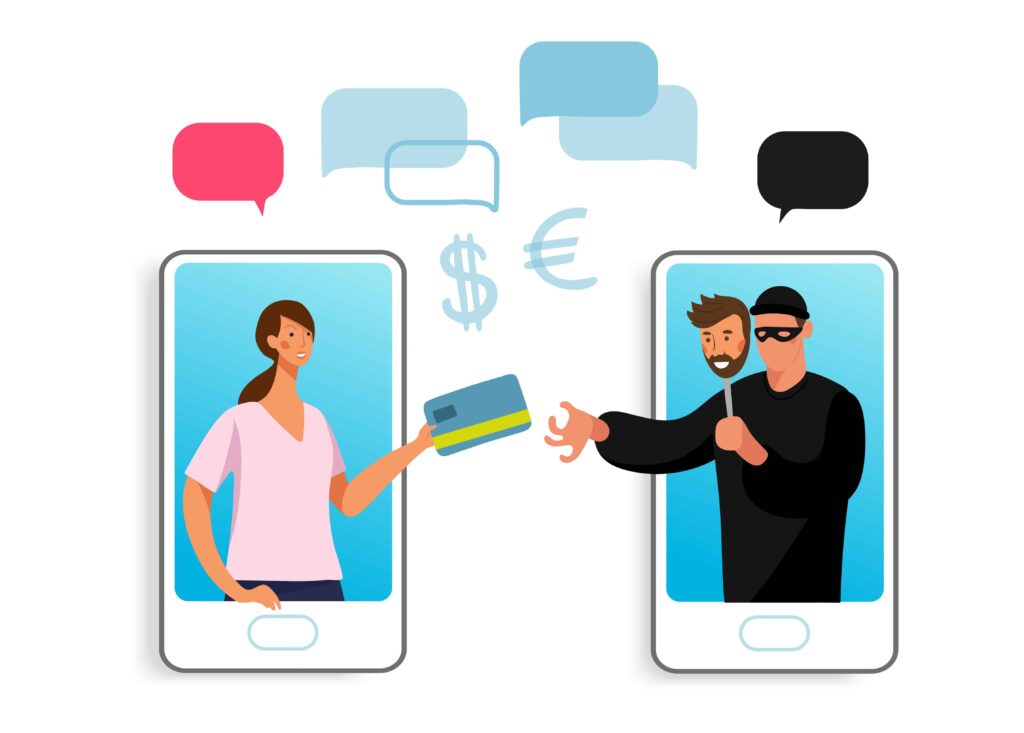 How much money does cyber fraud cost us?

In its most recent report, the Australian Competition and Consumer Commission (ACCC) estimates that Australians lost an eye-watering $634 million to online scams in 2019. Sadly, it is likely that these high numbers actually represent a gross underestimate. According to the ACCC, a third of victims do not report their losses to anyone. Because of that, the true total cost of cyber fraud in Australia likely exceeds one billion dollars per year! The 2019 figures represented an 30% overall increase on 2018 figures, with reported investment scams rising by almost 60%! Unfortunately, there are no Australian figures for 2020-21 yet, but we anticipate huge further increases in cyber fraud.

Many fraud victims assume that police will be able to help them by arresting scammers and getting their money back. Unfortunately, it is not that easy or straightforward. Online scammers operate across national borders and use increasingly sophisticated technologies. At the same time, with ever-increasing numbers of reports, police simply do not have the time and resources for all cyber fraud investigations. As Queensland University of Technology expert Cassandra Cross’ reported on ReportCyber’s predecessor, the Australian Cybercrime Online Reporting Network (ACORN), had a successful prosecution rate of less than 1%. As Cross states, “clearly, arrest and prosecution is not a likely outcome. […] But this raises an ongoing question I personally struggle with: is there a viable alternative?”

What are the alternatives?

Apart from going to the police, there are two government online portals through which you can report online scams. However, neither have the power or authority to launch cyber fraud investigations. The ACCC’s ScamWatch website simply functions as a consumer education and awareness-raising tool to warn others. In contrast, the above-mentioned ReportCyber website states that it supports the police’s overall efforts to fight cybercrime. However, it does not equate to making a formal police statement and might not lead to an investigation. The website even states that “it is unlikely that your money will be recovered”! Reporting fraud to your bank or credit card provider might also help in some limited cases, as they can close bank accounts, cancel credit cards and use charge-back. Unfortunately, this will not be enough in the vast majority of cases, particularly where scammers utilise cryptocurrencies to facilitate payment.

So how can I get justice as a victim of cyber fraud?

It is obvious that police worldwide can simply no longer deal with the huge number of complaints of cyber fraud. This is the new normal. If victims want action, they will need to engage private investigators to do the pain-staking online detective work. The police are much more likely to consider opening a case if the evidence is already collected, assessed and presented. There are very few private cyber fraud investigation companies in the world that can undertake this task to an appropriate legal standard.

Thankfully, Cybertrace has the much-needed expertise, experience and track record in working with law enforcement in this process. One case we recently referred to the police was bumped up from 9,000th in the queue into the top ten!  This is entirely due to the quality of our investigative product. We also provide you with an extensive brief to take to your lawyer or asset recovery specialist. In that way, you have a shot at actually getting your hard-earned money back from the scammers! As you can see from reviews by our satisfied customers, we provide exceptional service and value-for-money. Contact us today to find out how we can help you!

While it is important to protect yourself and your business from cyber fraud year-round, tax-time scams pose a particular danger. This is because the end

Beware of the XchangeBTC.online scammers! Cybertrace is issuing an urgent alert about another cryptocurrency scam that is duping honest Australians out of thousands of dollars.

Most of us probably only know private investigators from the movies. Dudes in leather jackets hanging around in cars, scribbling on notepads, taking photos with

NFTs, or non-fungible tokens, have been all over the news in recent months. Whether it’s celebrities endorsing pictures of cartoon apes, California teenagers being arrested